This coming Friday, Body Rock is back at Loft 718 and we have a true Austin legend as our special guest: DJ Mel! This one promises to be bonkers, so if you are new to Body Rock you can leave your request at the door.

The Concept for July’s party (Stop Requesting. Start Dancing.) was a tweet from Mel over a year ago. I immediately loved it and I knew that I wanted to revisit it in the future for our next collaboration.

I sat down with Mel to discuss requests, opening for the surprise Dave Chappelle show in Austin, and how his weekly night at Nasty’s has become an Austin institution. Social media links for this Friday: Do512 || Facebook || Fusicology

This is a Public Service Announcement

CF: Given that the idea for your guest spot at Body Rock was spurred by your tweet “Stop Requesting. Start Dancing.” I wanted to revisit the idea of requests, night life, and DJ’s..Any thoughts?

Mel: Technology has effected life in general. People are used to hearing anything they want at any given moment with iTunes, iPods, Pandora, etc. It’s instant gratification and there are people that are conditioned to want that gratification at the club too.

For example at the Dave Chappelle show the other night, It was kinda like the same thing.  People were messing with him while he was performing. They would interrupt him mid sentence or ask him to talk about certain things instead of letting him perform. That donned on me a few days after the show. It’s kinda like djing in a way. You have acquired all this music and all this knowledge and experience to make people dance and have a good time. However there will always be that one person that doesn’t know anything about what you do and think you should be playing something else that they want to hear…. which goes back to the instant gratification.

In a club situation, as a DJ you can play a Michael Jackson song and one person can interrupt you to tell you they don’t like that song. But there are 250 people in the club that do. They can leave. They can go somewhere else, or they can go to their car and hear their song a thousand times…But they refuse to leave. It’s something that all dj’s have to deal with and I understand that now and there’s no point in getting mad about it.

CF: What was first exposure to a DJ?

Mel: My first experience seeing a DJ live was back home at a Country Western club and they would have a teen night every Monday. The DJ for the Country & Western night also played for the teen night but he didn’t actually mix.

My second experience happened as I was just getting my feet wet as a DJ. The owner of that same Country & Western bar also owned an urban club and they had a DJ named Huggy Bear (I think) from the east coast. The owner took me during the day before the club was open, and Huggy Bear was tooling around with two copies of Rob Base it takes two and he was literally killing it. He was doing crazy stabs and going back and forth between both copies. At that point I was already djing and into being technical but nothing like that!

Everything that shaped the way I thought about DJing and cutting after came from watching DMC VHS tapes. I think it was the 1989 US finals with Muggs from Cypress Hill, Miz from Philly, DJ Aladdin from California, Bad Boy Bill from Chicago. I watched all these guys from all over the country, with body tricks, scratching, and doubles. The one that really blew me away was Aladdin. Look up DJ Aladdin on youtube! He had a jheri curl, 16 inch mixer, and the turntables weren’t even in battle style……he was killing it with a phono/line switch…. no one even has a phono/line switch anymore!!

After that was hearing hip hop mix tapes by Premier, DJ Ev, DJ Juice, PF Cuttin, Stretch and Bobbito….all those dudes. Basically everything that was on Tape Kings, which was a distribution company that had all the mix tapes. Also seeing DJ Baby G in Dallas when he was at the height of doing all the battles with body tricks and everything.

CF: What was your first record?

All the kids in my neighborhood were into Kiss. When you’re a kid you want to fit in and like what your friends like. I would hear Kiss at my buddy’s house and wanted my own record. When I look back now it’s really bugged out stuff for a little kid! Seeing some crazy dude in devil make-up spitting out blood is really crazy!! I would look at the cover and trip out, and I would have to put it away at night. It wasn’t anything musically that drew me to the record. It was something that I wanted that my friends had. 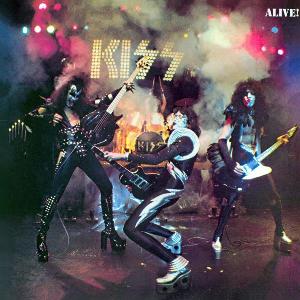 Mel: Afrika Bambaataa – Planet rock! That’s the record that really reeled me in. On one side they say “rock it, don’t stop” and then it pauses and then that 808 beat just comes back…oh my GOD that one minute of 808’s….crazy, I love that record!

CF: How do you think technology has changed the way DJ’s discover music now?

Mel: Now it’s all in your computer and musically nothing is a secret anymore. There is no mystery behind it anymore. Any music that you want to look for you can probably find it online converted into mp3 in a zip file.

Back then it was either other people telling you, reading about it in a magazine, or finding it accidentally on a record. A lot of my discoveries were related to the zillion musical phases that I went through. Those phases reflect what I can play.

This is just me, but to be a well-rounded DJ you have play any genre of music and not sound like an outsider. Sometimes you go to a party and hear a hip hop DJ play house and it doesn’t sound right but someone like Kenny Dope Gonzalez can murder a hip hop set but also play house. Those dudes that can play anything and play it well and not sound like an outsider are really impressive.

CF: Was there a point where you started to play this wide variety of genres in a hip hop style?

Mel: It’s like anything else. It’s like going to school for example, you acquire all this knowledge from kindergarten through college. When you’re older you apply it all without really thinking about it. It just came together. I try to play everything in a convincing manner. I’m not trying to be the hip hop dude, or the super technical turntablist guy, or the super obscure soul 45 guy. I’m trying to do a little bit of all those things.

CF: What was it like in the early 90’s when you were getting promos directly from the record labels?

Mel: I worked at a radio station back in the day (circa 92-94) that’s when every record label (indie/major) would hit you up with promos. It was crazy getting all the classic records in the mail. Dre the chronic, Tribe, etc. everything from that era would show up every week in the mail. That period musically was amazing….The whole Wu-Tang thing I remember getting those 12 inch singles before they blew up and thinking this is crazy!

Tuesday is just another day now. but back then Tuesday was a big deal where you waited to get the new 2Pac, 2 live crew, or Nirvana. People were clamoring to be the first one at the store to have that record. 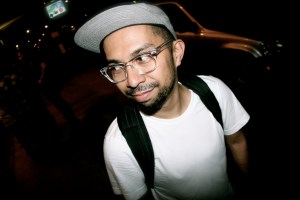 CF: Nasty’s has become an Austin institution. How did it come to be?

Mel: I don’t know. It’s something that has been going on for so long and it just happened that way. Now it’s hard having a consistent night that turns out to be long term. Everyone is a DJ now and don’t get me wrong there’s nothing wrong with that. It was bound to happen, and it’s become a very mainstream thing.

When I first started and you told me there was going to be a DJ playing at a restaurant. I would be like “Really?!? that would be amazing!” Who would have thought that you could be at Chili’s eating an Awesome Blossom and there’s a dj playing music. With that said it’s really hard to build something consistent now. Years ago I used to complain about it and call it the fickle 500. The 500 people in Austin that would listen to dj’s and would jump from one thing to another depending on where other people were. Now let’s say you have 500-1000 people that appreciate going out and dancing. Back then there were maybe 15-20 active dj’s fighting for that crowd. Now you have a zillion dj’s fighting for that crowd. People are desensitized to it now. ‘Oh a dj…whatever’ ‘Oh another Facebook invite with a dj…that’s novel’. Fortunately with Nasty’s it staked it’s claim before the internet was ever a factor.

One thing about the Nasty’s crowd I never have a doubt as to why they are there. It’s not like on the weekend where people are just going out wherever other people are at. It’s a Monday. That day is a hard sell. If I wasn’t there playing I’d be at home, couching it with my dog. They are there for the bar and music as well. They drove all the way over here and paid cover to get in. So I never have a doubt about the crowd’s motives for being here and I’m so thankful. 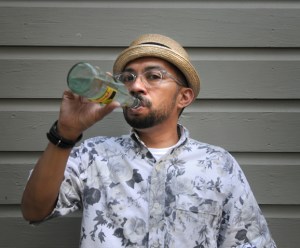 Mel: If i had to say just one more thing about djing here in town, just rep yourself. Rep your city. I hate sounding corny but just rep your shit. I always have this thing in my mind that I always tell myself, especially when I’m having a bad night. Imagine there’s someone from New York or any other city and they are in town for the weekend. They go out dancing to see what the DJs are about here in Austin. They happen to stumble into your club and it happens to be a bad night or a night you don’t care, and they are disappointed and not impressed and go back home and say Austin ain’t about anything! I would hate for that to happen. It’s about pride because there are a lot of good DJs out here.

Make that Move with Chorizo Funk at the Belmont June 22