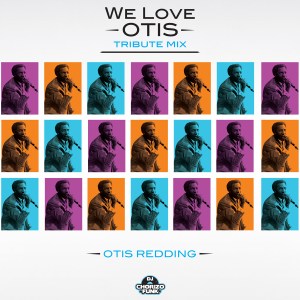 Back at it with a new mix: We Love Otis. The We Love series will pay homage to some of my favorite producers, musicians, groups, eras, and/or music labels…First up is Otis Redding possibly the greatest voice and performer to come out of the South.
Otis died at the young age of 26 in a tragic plane crash, and despite the fact he didn’t score a number one pop hit (sitting on the dock of the bay) until after his death his mark on soul music is indisputable.
Through most of his career (remember kids this was the early 1960’s in the U.S., racial segregation was the law), he was limited to touring the Chitlin Circuit in the U.S and climbing the black R&B charts. But meanwhile he was being adored by an expanding cult following among teenagers in the U.K. which led to the show stopping Stax/Volt tour in Europe with Otis headlining the bill.
He and the rest of the Stax/Volt artists were treated like royalty once they reached Europe in 1965 & 1967….in the U.S. they couldn’t even use a water fountain in the front lobby.

I have included some of my favorites from Otis including some live performances, covers, and less known album cuts. I personally love the mix, and already have plans for the next edition. In the meantime here it is We Love Otis free and downloadable via Soundcloud. I also have it on Mixcloud as well.

This weekend with Chorizo